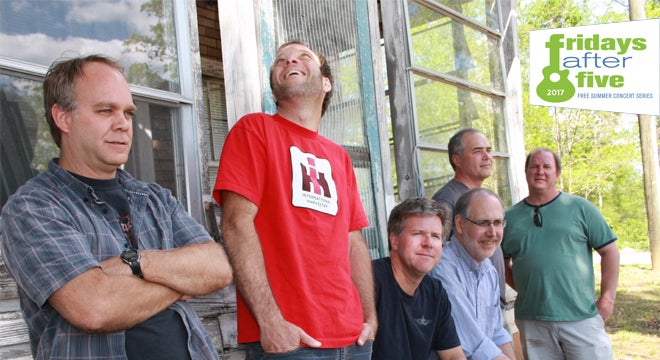 with Her Checkered Past

Second Draw is a six member, all-originals band that plays a sub-genera of Americana music they call “Blue Jam Music”.  Rob Frayser, mandolin player for the Charlottesville based band, says “When you see the mandolin and banjo out-front, people assume bluegrass; but the band’s lead electric guitar (Aaron Evans), electric bass (Jim Keathley) and full drum kit (Craig Dougald) provide a solid rock and roll foundation.”  Throw an accordion into the mix, played by Canadian, Jeff Luross, and the resulting sound defies categorization - each instrument weaving rich strokes of acoustic, rhythmic new grass and electric jam-band influences in and out of a driving dance beat.

Second Draw self-released their first CD, "White Dog" in late 2010.  White Dog is the term old-timers use for the first run off the whiskey still.  True to its name, this all-original release captures the raw distillation of each band member’s varied musical influences.  Second Draw plays their own brand of music regionally across NC, VA and WV at a wide-variety of venues.  Locally, the band has performed at the Jefferson, the Southern, the Mockingbird, the Batesville Store, Misty Mountain Music Festival and of course, Fridays after Five.

Like a fine whisky, Second Draw wants to play songs that go down like water and warm your soul with melody, raw harmony, and honest lyrics.  Shannon points out that the band’s name relates to the fact that most folks, after taking a first pull of the band’s unique Blue Jam sound, end up coming back for a longer more satisfying “Second Draw”. 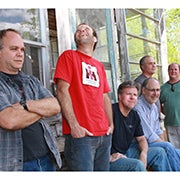