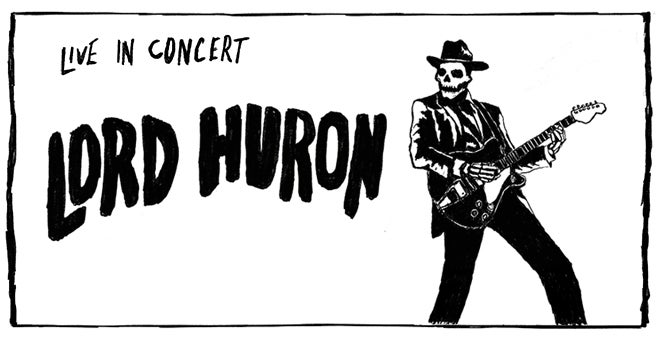 Evoking wide-open vistas and the spirit of travel, American indie outfit Lord Huron emerged in the early 2010s on the heels of the indie folk boom, bringing together an expansive and dynamic blend of folk, rock, pop, and threads of Americana. Led by Michigan native Ben Schneider, the Los Angeles-based Lord Huron -- who take their name from one of the five Great Lakes -- found mainstream success in 2014 with the release of their lush, Western-inspired second album, Strange Trails, whose closing track, "The Night We Met," reached an even larger audience in 2017 thanks to a key placement in the Netflix series 13 Reasons Why. They returned in 2021 with the streaming concert series "Alive from Whispering Pines" and their fourth full-length album, Long Lost.

A native of Okemos, Michigan, Schneider initially pursued a career in the visual arts, heading from college in Ann Arbor to New York and eventually to L.A. Originally conceived as a solo project, he began recording as Lord Huron in the spring of 2010 on a trip home to Michigan, recording a handful of songs inspired by his love of nature. These songs were later released as the Into the Sun EP, and Lord Huron was born. The songs quickly gained recognition and a band was assembled to flesh them out in a live setting. Lord Huron began performing as a band in August of 2010 and quickly began touring, developing their live show as they went. In November of 2010, a second EP, Mighty, was released, coupled with a video for the standout track "The Stranger." The year 2011 was full of touring, with appearances at larger festivals like South by Southwest, Outside Lands, and Lollapalooza. At this point Schneider solidified his band lineup with childhood friends Mark Barry on drums, Brett Farkas on guitar, Miguel Briseno on bass, and Tom Renaud on guitar.

In January 2012, Lord Huron signed with the independent label Iamsound Records and began work on their indie folk debut full-length, Lonesome Dreams, which was released later that year and led to an appearance on The Tonight Show with Jay Leno. After extensive touring, a second album, the Western-themed Strange Trails, was recorded in 2014 at Whispering Pines Studios in Los Angeles. It was released in early 2015 and hit the Top 25 in the U.S. and Canada. After the closing track, "The Night We Met," got a high-profile spot in a dance scene on the Netflix series 13 Reasons Why in 2017, the song charted in North America, Europe, and Australia. Republic Records took note and offered the band a record deal.

Lord Huron's major-label debut, Vide Noir, hit shelves and streaming sites in April 2018, reaching the number ten spot on the Billboard 200. After launching a live-streamed concert series called "Alive from Whispering Pines" in early 2021, the group offered up their first new single in three years with "Not Dead Yet." Their album Long Lost appeared that May. 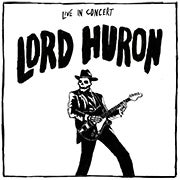