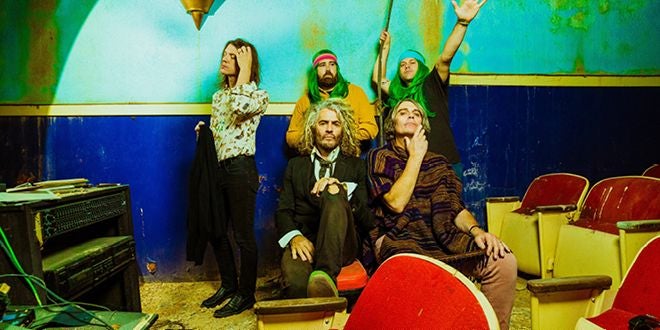 An Evening With The Flaming Lips

An Evening With The Flaming Lips

Even within the eclectic world of alternative rock, few bands are as brave, as frequently brilliant, and as deliciously weird as The Flaming Lips. From their beginnings as Oklahoma outsiders to their mid-'90s pop-culture breakthrough to their status as one of the most respected groups of the 21st century, the Lips rode one of the more surreal career trajectories in pop music. After years in the underground, a major-label deal scored during the early-'90s alt rock craze gave them a bigger platform for their mix of psych, noise-rock, and bubblegum melodies, and their 1993 album Transmissions from the Satellite Heart spawned the unlikely Top 40 hit "She Don't Use Jelly." At the turn of the century, they delivered a pair of lush and heartfelt masterpieces with 1999's The Soft Bulletin and 2003's Grammy-winning Yoshimi Battles the Pink Robots. Later, they took their experimental and pop impulses in wildly different directions. Whether collaborating with Miley Cyrus, issuing an expression of existential dread with 2013's The Terror, exploring the loss of innocence on 2020's American Head, or backing young singer/songwriter Nell Smith on 2021's Where the Viaduct Looms, their distinctive sound and uncommon emotional depth made them as true originals. They are also acclaimed for their elaborate live shows featuring balloons, puppets, video projections, elaborate lighting, large amounts of confetti, and frontman Wayne Coyne traversing the audience in his signature man-sized plastic bubble. In 2002, Q magazine named The Flaming Lips one of the "50 Bands to See Before You Die". 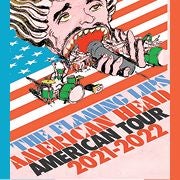